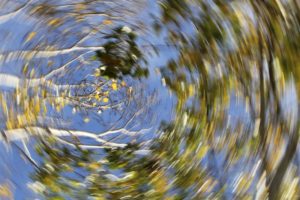 Vertigo is the disconcerting sensation that you, or the world around you is spinning. It is commonly due to the breakdown in the working of the inner ear and the brain’s balance systems. The most common cause of vertigo that we see is Benign Paroxysmal Positional Vertigo, also called BPPV.

Why does it happen? The inner ear is made of up three semi-circular canals which contain a fluid called endolymph and in some cases contain solid crystals called Canaliths. In BPPV, quick motions of the head or neck can dislodge these crystals and overstimulate the motion receptors along the walls of the inner ear which induces the feeling of spinning and vertigo. Common motions that trigger episodes are: getting up from bed in the morning, bending over to tie your shoes, or shoulder checking while driving. These episodes are often brief but intense and usually last seconds to several minutes. The attacks of BPPV often come back with another provocative motion or position. 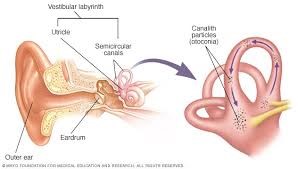 How do we get rid of it? A common at-home exercise is the Semmont’s Maneuver which involves a systematic series positions a person puts their neck in. This series of motions help reposition the crystals to areas of the inner ear that are less responsive and less likely to cause triggers of vertigo. If the maneuver is unsuccessful, a similar procedure called the Epley’s maneuver can be done in office which follows a similar pattern but adds in a few more steps. Massage, acupuncture, and adjusting of the neck and upper back joints to free up tension in the areas of the neck can help with symptoms of vertigo that stem from the neck. As always, check in with a doctor if symptoms worsen as they may be due to other more severe conditions. 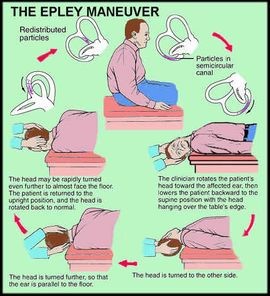